I grew up by the ocean and we used to go sailing regularly, especially during spring and summer.  The picture above is me but I am not sure what age.  I think that everyone usually has that one picture of themselves from their childhood, that they remember. The picture they grew up with.  For me, that is this picture.  I love it.  It is priceless and perfect.

Last Saturday was such a great day.  My brother and his girlfriend Eydna came home on Friday night and on Saturday morning before any of us woke up dad and brother had taken Heidi (the name of the boat, she is named after my mum) out of the boathouse.  JJ got to be with them most of the day,  driving in the truck, helping out with boat stuff, though I am not sure how much help he was.

After dinner, much to my delight because the lighting was lovely, we sailed Heidi to our neighbour village Hvalba. 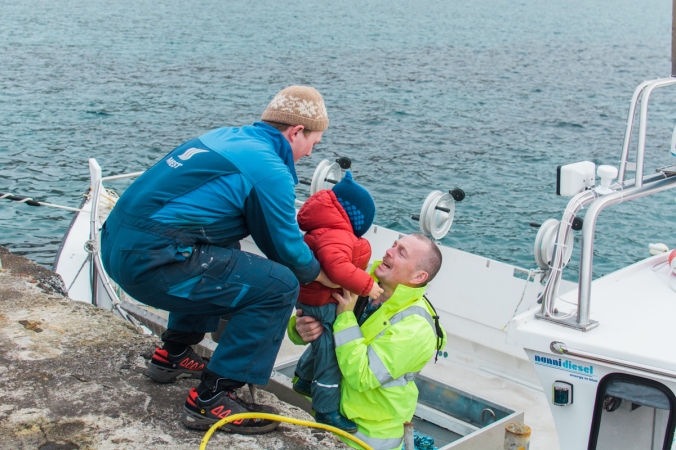 My dad and brother both adore JJ.  I have a feeling that they are kinda proud when they take him along to do man stuff.  I also know that they will teach him some very valuable skills.

I was not looking forward to putting the lifejacket on JJ.  I imagined that he would protest, but he didn’t.  I remember when we were kids how much we disliked wearing them.  If we were down on the pier fishing we would sometimes take them off, but mum or dad would always notice, their kitchen window faces right down to the pier.  Then they would shout down and well, we were slightly embarrassed but had to put the lifejackets back on.  Now I completely understand them and would do the same!

Jigs, in case you don’t know what they are.  They are used for fishing, keep scrolling down and you will see a picture of Eydna demonstrating how to use them!

Sandvík in the sunset.  This little town is where I grew up.  I lived there until 2003, when I started high school in the capital.  I am so lucky that I get to visit several times a year and usually a few weeks at a time.

JJ with my dad.  My mum would have been with us too, but we were leaving the boat in Hvalba, so someone had to come and pick us up, that had to be her. 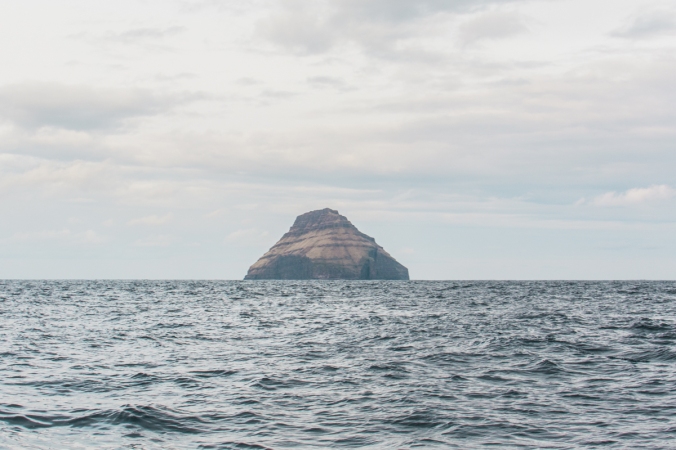 Lítli Dímun.  This little cup cake looking island is always in view anywhere from Sandvík.  Only sheep live there and I have never sat food on it.  One day I will. 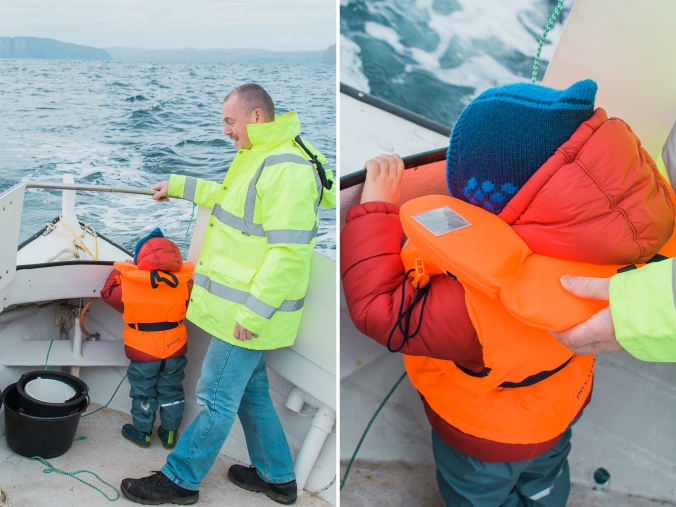 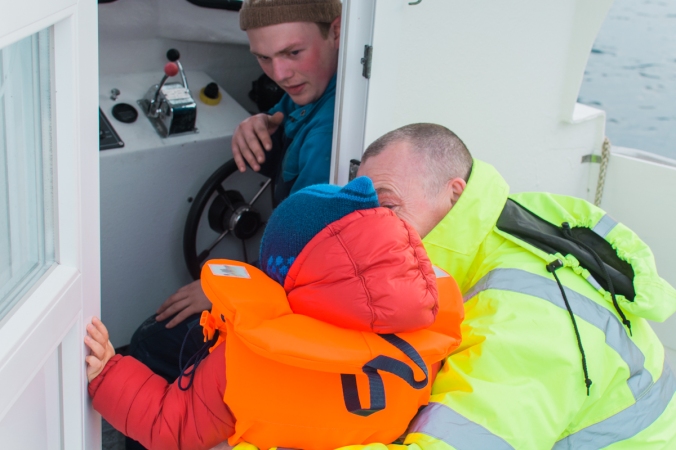 The guys.  In not too long JJ will be able to go on the boat with them alone.

Sailing into the fjord in Hvalba. It was a little bit choppy, but JJ was not bothered.  He spent quite a bit of the trip inside the house, which was surprising since that usually makes me feel a bit queezy.  So I was lucky to have dad help me look after him on the trip 😉 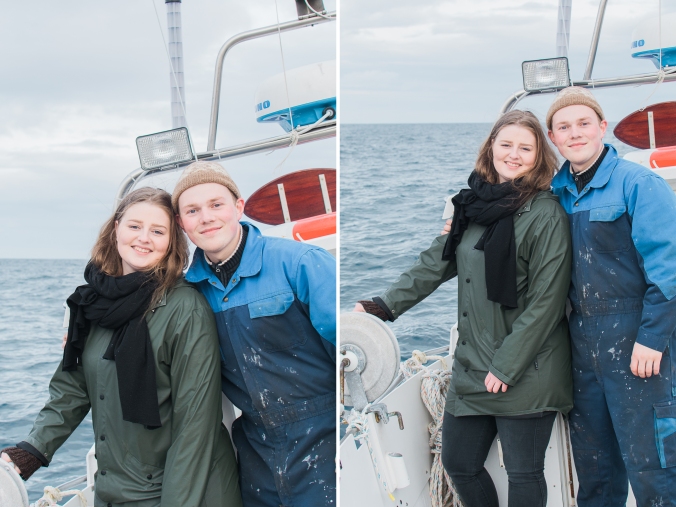 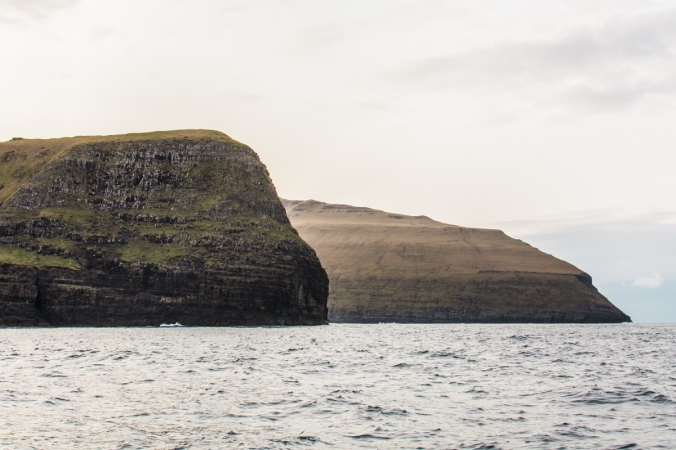 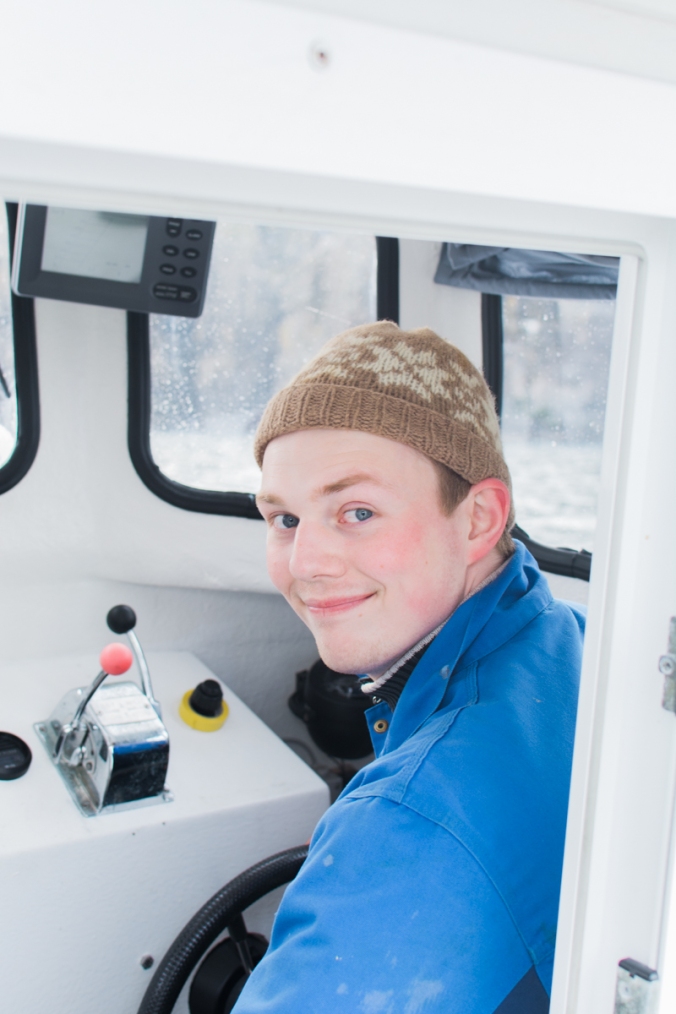 My brother.  I refer to him a lot as my brother, his name is Herálvur.  When it came to naming JJ I did not have much choice.  James’ family has a long standing naming tradition and I was told on the first date, that if he ever had a son, his name would be James.  I got to choose the middle name.  One day it just came to me, it had to be James Herálvur.  I still remember calling my brother to tell him when JJ was born.  No more than an hour post birth, I might have been a bit emotional. 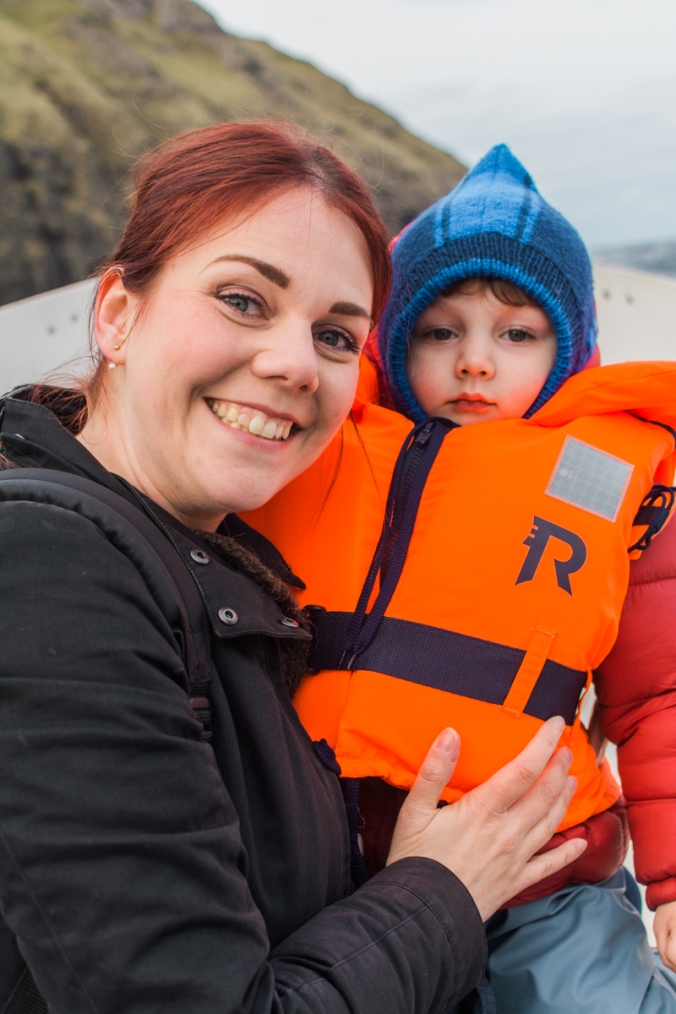 Eydna took these pictures of me and JJ and I just LOVE them.  We always have many selfies from out travels, but not so many pictures taken with the camera.  These will be treasured! 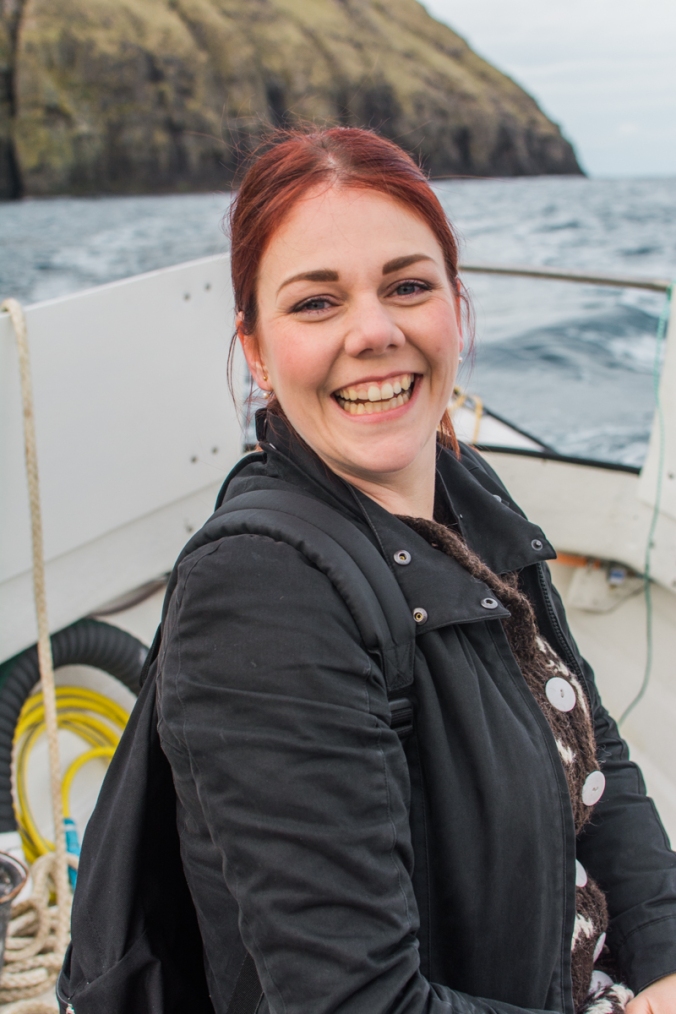 Oh and then one of just me.

Arriving in Hvalba.  The sunset was so lovely, I can’t help imagine what lovely image my amazing fiance James would be able to produce of this.  But for now, here is one I took 😉

2 thoughts on “Sail Away With Me”

Welcome to my blog where I share an insight to our life as a family of 4 and how I balance being a mum and student midwife.